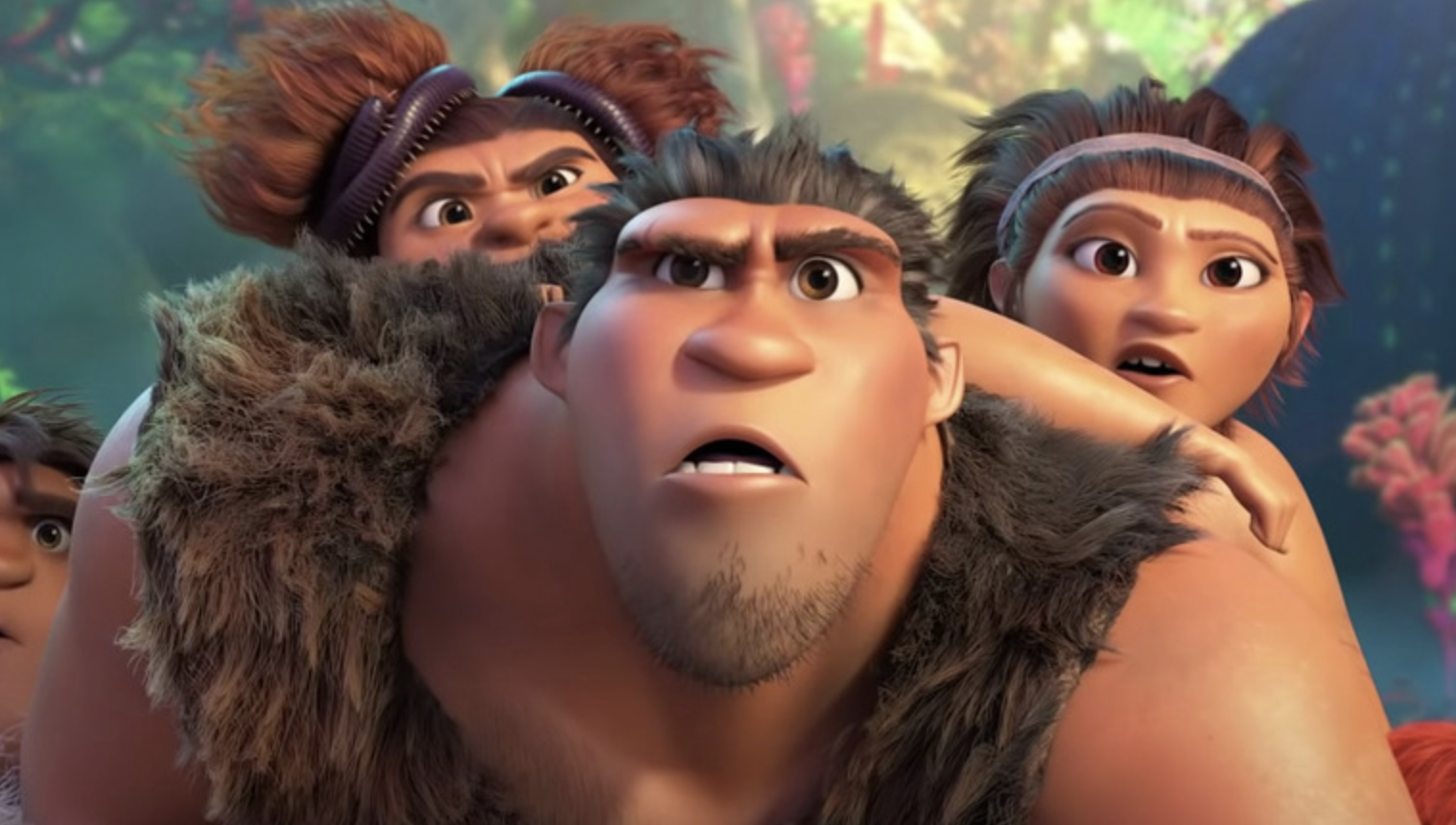 I find myself relating to the dad in The Croods movie, a cave man named Grug. Like me, he loves telling stories and like my family, his family puts up with listening to them. But all of his tales warn of children who left the safety of the cave, or did not listen to their father, and they all end with some version of, “… and then they DIED.” Nicolas Cage is the voice of Grug, and I hope you can hear his voice pausing for effect, then shouting, “… and then they DIED!”

I respect Grug. Who wants their children to leave the safety of the Cave?

Well, I can think of a few people. Let’s start with my parents. They practically shoved me out.

I was raised in a home full of love, but that does not mean my parents didn’t expect me to handle myself safely and confidently when they weren’t around. When I was ten, my parents starting shipping me off to Ozark Boys Camp, a 4-week-long camp in the mountains south of Little Rock. 28 days and nights away from home at the tender age of ten! WTH! But … I loved it. Every cabin was a Major League Baseball team. My first year we were the Cubs. We competed in everything against the other teams – basketball, baseball, archery, rifles, swimming, and more. We played together as we hiked, did crafts, and even water skied. Every Sunday, there was an afternoon church service that everyone attended, except for the twenty or so Catholics. They would load all of us onto a flatbed truck and transport us to the afternoon mass service in Hot Springs. I’m not making this up. By the time it was done, I had a bunch of new friends, and we had all figured out how to survive in a new place with new people and without our families there to tell us what to do or how to do it. The time flew by, I returned dirty, safe, and smiling, and it all showed me once again, that maybe my parents are a lot smarter than I thought they were.  They were wise to push me out of the cave, first for small moments, and then for more.

Probably the craziest parenting thing my parents ever did occurred just after I turned sixteen. First, an old man rant: Why in the world don’t kids today want to get their driver’s licenses the minute they turn sixteen? The key to true freedom, or so it seemed when I was that age, was driving and having the ability to leave the cave at sixty miles per hour. Maybe faster. Both of my boys waited until they were well into their 18th year of life before getting their licenses. As a cave-loving dad, I loved their lack of urgency to be free, but I still don’t understand it.

Anyway, about a month after I started driving (which happened ON my 16th birthday), we were eating dinner at the table together when my Dad said, “Mike – I found a summer job for you.” I asked where, and he told me that it was at a hardware store in Sacramento, California. I asked how I was going to get there, and he just said, “You have a driver’s license.” So, I drove two thousand miles, BY MYSELF, from Little Rock to Sacramento, when I was barely sixteen years old. And then I DIED! Actually (and you clever readers know this), I didn’t. I lived with my parents friends (shoutout to at least two Welkers who hosted me and now follow this blog!), earned a little money, and figured out how to manage it. I had a great time, I was too in the moment to be worried, and it was all fine. And I have stories.

You would think I would learn from that, and not be prone to worry like a screaming, maniacal, and over-protective Nicolas Cage/Grug. But I do worry. And even though my boys are 19 and 31, my inner Grug still rages.

My children are better at leaving the cave than I am at letting them go. They love taking trips with friends, sometimes to places that are regarded by some as unsafe. They take on challenging jobs with consequences. They dive into love and relationships. They choose careers I can’t help them with.  All of their choices have risks. And to this day, I am fearful that my kids might get hurt in any of those situations. But without those risks, where are the stories? Where is the learning of life lessons? How do we grow? And without taking those risks, there is so much unfulfilled curiosity.

Grug tells a story of curiosity with an ending that surprises no one. “Tonight, we’ll hear the story of Crispy Bear. A long time ago, this little bear was alive. She was alive, because she listened to her father, so she was happy. But Crispy had one terrible problem. She was filled with (pause for effect) … curiosity! (Everyone then gasps in horror.) Yes! And one day, she saw something new … and DIED!”

Even I know that’s a bit much. I love my children’s curiosity and lack of fear. I’m lucky that my boys can’t wait to tell me their stories from outside the cave, about what went well and what failed miserably, just like I still do with my parents.

Our children’s world seems more unsafe than the world I grew up in, but it’s still a world they have to live in on their own. There’s an Eric Church song where he laments about missing his father’s protection that was always in his home growing up. The chorus ends with, “’Cause I’ve learned that the monsters ain’t the ones beneath the bed.” Parents can’t always be there to step between our children and take on those monsters.

There are monsters out in the real world, love, jobs, finances, and other real world stuff, and the best we parents can do is hope that through our lessons in the cave, and by allowing our children to leave the cave well before we are ready, they will be ready to successfully navigate everything that comes their way. But that doesn’t mean I have to like it.

Be safe out there, everyone.

7 thoughts on “Leaving the Cave”