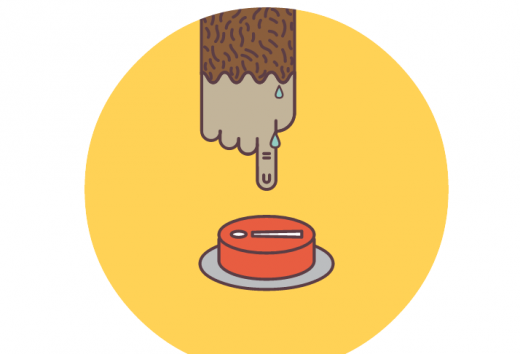 “I have raised an illiterate son.”

Those were the words my dad spoke to me as a 17-year-old, as I was filling out my Harvard application. Harvard required that we list all the books we had read during high school, and left plenty of room on the paper application to fill in lots and lots of books. I only really had the books I had been required to read in school, and there were acres of space left on that part of the application. I didn’t think Harvard wanted to hear about Great Linebackers of the NFL, and Great Quarterbacks of the AFL, or even Strange But True Football Stories. So, I left a lot of blank space and disappointed my Dad. Apparently, Harvard wasn’t impressed either. Oh well. I left high school as a decent reader and writer, and since then, I have tried continuously to get better. I still don’t read as much as my dad does, but I know my dad considers me to be at least semi-literate now, and every week we discuss books and recommend new finds to each other. Jill wonders if my dad’s comment is the reason I keep an annotated bibliography now. Maybe.

I think I have written more in the past five weeks than at any time since I finished my dissertation. But I’ve actually enjoyed this writing. It’s allowed me to reflect on how I evolved from my high school writing self to the writer I am today. I did not get here alone. I had mentors who inspired and guided me along the way.

I’ll begin with my father. If I had a nickel for every time he said, “I wish people in this world could just write a simple, clear, declarative sentence,” I’d have a hundred bucks at least. And I could at least do that when I left high school. But he was also a writing model for me. When I went to college, and phone calls were too expensive to make, I could count on getting a letter every day from my dad. Every day. Sometimes typed, often written in his left-handed scrawl. It was great either way. I did not write back as often as he would have liked. One time, he sent me a typed letter with fill-in-the-blank spaces, and asked me to fill it out, put it in the stamped addressed envelope, and mail it back to him. The letter went:

In December of every year, my dad sends all of his children a summary of quotes from his favorite books and articles that he read during the year. He’s still a role model and a writing mentor.

The first teacher in my life who truly took an interest in my writing and served as a writing mentor was my advisor in college, Dr. Alexander George. I’ve mentioned him before. As an International Relations major, I felt fortunate to take two classes on the Soviet Union from Professor George. He was the first person to pull me into his office solely to discuss my writing. He called me “a diamond in the rough” in terms of my writing. For those of you familiar with the Disney version of Aladdin, the person who was called a “diamond in the rough” in that movie was also called a “street rat.” Coincidence? He worked with me on going beyond the simple, declarative sentence and actually varying my sentence structure, and he asked me to work to interest my reader. He was one of the foremost researchers in the world, and he took time to help out a street rat. I was fortunate to have his honest and kind mentorship.

My next mentor did not come around for a few decades after that. I call her a Person Who Has Never Applied for a Job. I also call her one of my closest friends. I met Pat Cairns in 1993 when I became principal at Malibu High School. She was an English teacher, and she was really good at her job. So I made her quit it. I hired her as a Vice Principal (without interviewing her) and we worked together for years. She and I also team taught an AP US History/AP English 11 course, and we were quite the team. She later became an elementary principal (again without applying for the job), and that’s when she started to mentor me in writing. She wrote weekly letters to her elementary parents, and I read them faithfully. They were funny, touching, personal, insightful, and perfectly written stories for her community. They were self-deprecating, and they often bared her soul. They were courageous, as good writing often is. You put things out there that most people would keep private. It takes more time than you possibly have, and you always wish you had more. I know how busy she was as a principal, yet she found the time. She remains one of my greatest mentors, and I value all the conversations we had about her weekly letters and about life. By the way, she is also Dawson’s godmother, and she has lived next door to us since 2001. Her house burned down in last year’s fires, and she has not yet moved back. The lemon tree that stood between our houses stopped her burning, collapsing wall from hitting our house, saving our home from total destruction. I still steal lemons from that tree regularly, and when I enjoy those lemons, I am overwhelmed with gratitude for my friend and mentor, and it pains me still that I can’t walk over and visit her or even just wave at her as she tends to her beautiful roses. One day soon I hope.

I’ve never met my next mentor. I write him emails every once in a while, as I think we have a lot in common. He probably thinks of me as a creepy and annoying fan. Maybe he’s right. Chris Erskine is a columnist for the LA Times. The LA Times is a real newspaper, doing its best to stay alive. I’m a subscriber, and if you live in LA and you’ve read this far, you should be too. Click here to do just that. Chris Erskine represents the common family man in LA, and he writes about the beauty, humor, sadness, and craziness of his family, the Dodgers, good friends, and the Los Angeles community. Like Pat Cairns, he bares his soul. He recently shared the crushing losses of his older son and his beloved wife. I can’t tell you how many times I have laughed out loud or actually cried reading his columns. And he is the king of having at least one perfect sentence in every column, one that reminds you of what writers aspire to be. His courage, wit, humor, and appreciation of every aspect of daily life inspire me, and he’s a mentor without even knowing it. I feel like I know him and that he’s a friend. (That’s me being creepy again, isn’t it?) I’m not as courageous as he is. I have started a list of topics to write about, but I’m nowhere near courageous enough to write about them yet. It’s like Derek Zoolander’s Magnum look – I shouldn’t even be talking about it. I’m nowhere near ready.

Finally, I have mentors who care enough about me to take the time to review what I write. My best friends and closest colleagues aren’t much into sugar coating. They tell it like it is, and I thrive on that. As a school superintendent, I send out a lot of writing. Pressing the “send” button on an email going to 10,000 people is always a nerve-wracking experience. I’ve seen a meme of a sweating finger lingering over a “Send” button, and that’s how I feel every time I send out a bulk email or publish a blog post. I feel fortunate to have people in my life very willing to closely read what I have written and correct and critique it before I push that Send button. They will never get me to overcome my fear of the semi-colon, but they are an incredible resource for me. I value their friendship, and I have become a better writer through their critiques.

So what does all this have to do with COVID-19? This stay-at-home era leaves us more time than ever for reflection, and there is no better way to force yourself to reflect than to have to clarify your thoughts through writing. Writing these blog posts has helped me to better understand what I’m feeling in these days. On top of that, there is so much that I can’t do in this era, so to have something new that I’m motivated to work on is energizing. I wake up early in the morning on a day where I know I’m going to write, and I jump out of bed eager to start. (Yes – I am a jump-out-of-bed person, no apologies.) Writing also creates an opportunity to appreciate and express gratitude for all that we have and for all of the people who have helped us along the way. I hope you have had mentors in your life who helped you with one skill or another. Writing even a quick email or note to them (my Dad would be happy to make a template for you!) could be a wonderful thing for both of you. And finally, what better legacy can you leave in life than actually being a mentor yourself? It’s not easy. My main job as a teacher was using history as a means of coaching and mentoring students to be better writers. However you mentor, it requires finding time that you don’t have. It means sometimes stopping, slowing down, and giving your undivided attention to helping someone else. It’s a good time to be a mentor. Now more than ever, it’s the personal connections that matter the most.

Note on October 26, 2020 – Thanks to reader Bob L. for pointing out that some of the links need updating. And sadly, Chris Erskine no longer works for the LA Times, but happily, he’s still writing and you can find his musings at https://chriserskinela.com.