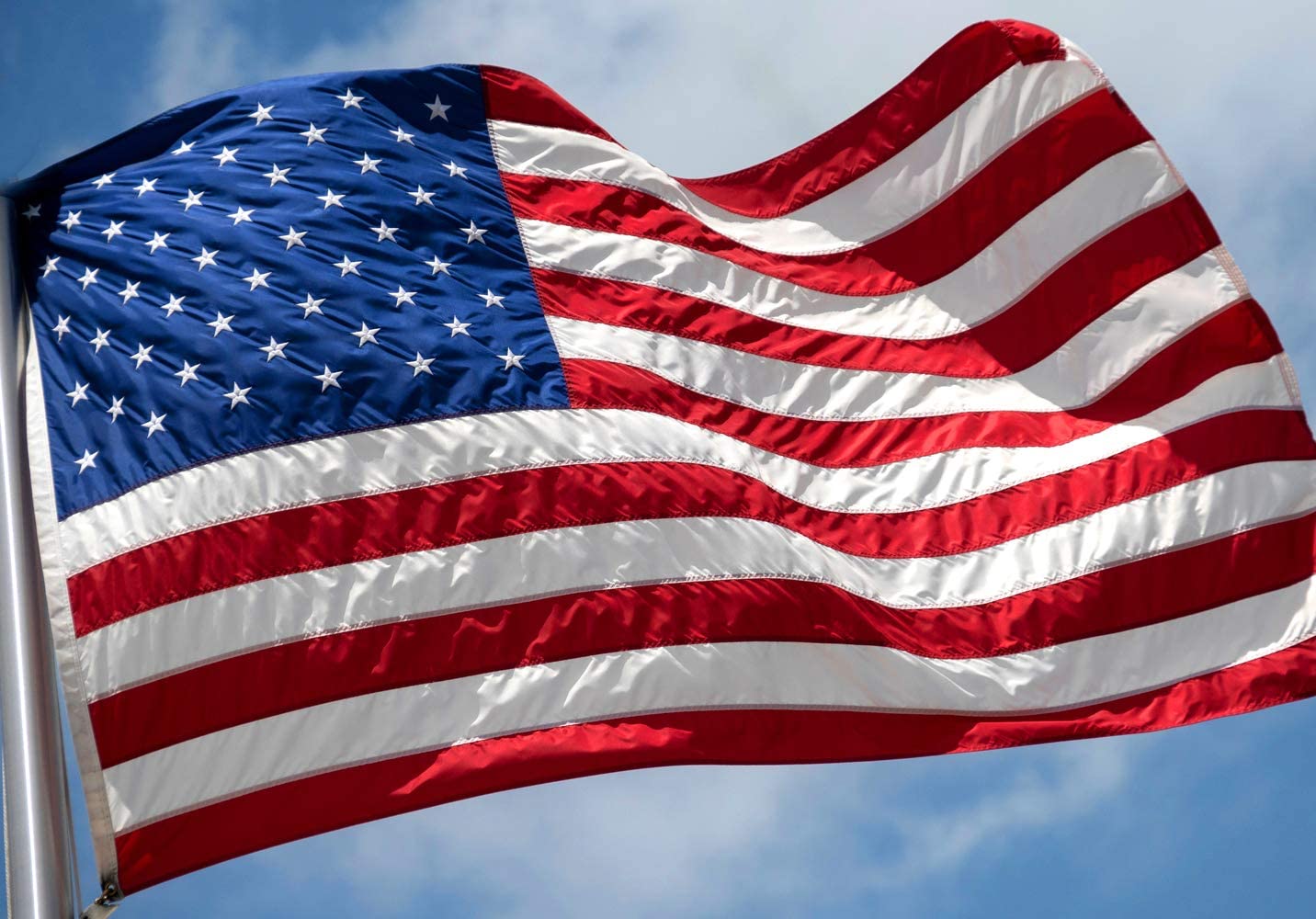 Critical Race Theory. It’s something I had never heard of until September of last year. And then, I began getting very angry emails and people started coming to board meetings to demand that we stop teaching it. The questions were very much like ones featured in the first-ever school board meeting parody on Saturday Night Live, where a concerned citizen stands up and says, “Hi. I’m so mad I’m literally shaking right now. Forget COVID. The real threat is Critical Race Theory being taught in our schools. My question is, what is it? And why am I mad about it?”

First of all, those of you who read my blog know that I love their use of the word “literally.” But secondly, it’s a perfect parody, because I’m a former history teacher and school district superintendent, and until I started receiving these emails and listening to these public comments, I too had no idea what Critical Race Theory (CRT) was.

In many board meetings around the nation, mostly in more affluent school districts, this scenario has repeated itself. In speaking with many other superintendents and board members from around the country, not a single one of us, prior to all of this, ever had even a single conversation about CRT, much less about whether or not we should be teaching CRT. So why are we all being yelled at about something we are not doing and until last fall, knew nothing about?

Two trends that have occurred in the last two years help us to understand. First, the murder of George Floyd in May of 2020 galvanized anti-racism forces around the country. In addition, Asian and Pacific Islander hate incidents increased around the nation, in response to both overt and tacit commentary from national leaders condoning anti-Asian actions, making those anti-racism forces even more comprehensive. In my former district, students, former students, and adults in our community were looking for ways to make our schools better for all students – looking for ways to make schools as free from racism and discrimination as possible.

I have great faith in our youth. I have observed and interacted with thousands of students, and I have watched my own children and how they get along with their peers. I truly believe we have never seen a more open-minded generation of young adults. More than ever, they are fully accepting of persons of all races, religions, sexual orientations, gender identities, and more. I think that a big reason for this is that their desire for a discrimination-free America, though renewed, is not new. Brown vs. Board of Education, Title IX, and Special Education laws have been major forces in improving equality in American education. And it’s important to remember that when those changes started having an impact on equality of opportunity in America, then, like now, there was serious backlash. This has never been about everyone being equal – this is about everyone having true equality of opportunity for an excellent education. Our efforts have continued. When I first started teaching in the mid-1980s, we were talking about how to embrace all cultures through multicultural education. And we’ve come a long way since then.

But in spite of that progress, there are still acts of hate that continue to occur in our schools and in our communities. There are racial slurs, anti-Semitic comments, hateful graffiti, and more. I don’t know of any educational leaders who, when confronted by incidents of hate, will accept or ignore those incidents and just say, “Kids will be kids.” That’s why districts like Manhattan Beach and others took an even harder look at what they can proactively do to make schools as hate-free as possible. In Manhattan Beach, this movement kicked into high gear in 2015 when someone firebombed the front door of one of the few black families living in the city. The community rallied around the Clinton family, gathering together for a powerful candlelight vigil to support them. Malissia Clinton’s powerful TED talk on how she was raised, the firebombing, and the aftermath should tell you all you need to know about why this work needs to continue. You can call the firebombing an isolated incident perpetrated by an outlier, but when you start hearing about the common experiences of so many people of color – our students, co-workers, colleagues, and friends – it’s different. I can’t tell you how much it hurt when, at a Board meeting while I was superintendent, I heard from some of our recent graduates about widespread discrimination they experienced while they were in MBUSD. We can and should build better and more inclusive schools.

Enter Christopher Rufo. Wikipedia describes Rufo as an “American Conservative Activist.” He appeared on the Tucker Carlson show in September of 2020 and made the case that Critical Race Theory was an existential threat against our nation. He gave evidence of government trainings on racial sensitivity that were aimed at understanding concepts such as white privilege and systemic racism, and he called on the President of the United States to immediately take action against this threat. Three days later, at the President’s request, Rufo flew to New York to meet on the topic. The President quickly issued memos and even an executive order banning the use of Critical Race Theory in our government. That’s precisely when the emails started, and the board meeting chaos began shortly after.

I’ve received messages stating that by addressing the issues of racism in our community, we are (1) calling our entire community racist, (2) pushing for a Marxist agenda, (3) shaming white students, and (4) being anti-American. All four of those accusations are blatantly false. This is what is happening in districts around the nation, and now states are getting involved. At least seven states have already passed laws making it illegal to teach Critical Race Theory, and 13 more have bills in process. Here’s the problem – I’m a history teacher, and I still have no idea what it means to “not teach critical race theory.”

The least effective history teachers see history as memorizing names, dates, places, and facts. But highly effective history teachers teach students to view the past from different perspectives, to analyze events in terms of who benefited or who suffered from the decisions and actions, and to draw conclusions about why events happened and how they shaped who we are as a nation today. These new laws make teachers question whether or not they can do that. In one Texas school district, teachers were told that if they were going to teach controversial issues, like racism or even the Holocaust, they should present multiple perspectives. A district administrator said, “If you have a book on the Holocaust, [make sure] that you have one that has an opposing, that has other perspectives.” The district has since then apologized, but come on people! This is what bad laws do.

Like the Holocaust, there are plenty of events in American history which do not, in my opinion, deserve a different perspective. But they do deserve serious inquiry and investigation to see how they occurred, the impact they had, and what we can learn from them. Here’s just a few of them.

It’s OK to teach, and not in the least bit anti-American to say, that America has made tragic mistakes in our past. And it is untruthful to teach students that racism no longer exists in our country or in our community. Our students know better. Our students want to learn from multiple perspectives and read from a diverse group of writers, not just white and male perspectives. We should all know that even though our nation is one of the greatest nations ever for providing equality of opportunity, that opportunity is not as universal as we might think.

And by the way, what is Critical Race Theory? I have researched it, because I wanted to understand, and here is what I gather. CRT is an academic premise postulating that, in examining laws in our country, it is helpful to use the lens of racism to better understand how those laws came to be, as well as what impact they had.  To me, it’s similar to techniques of my history teachers in college, who asked us to examine historical events using an economic lens, a political power lens (by far the most common), a social lens, or a technological lens. Adding the lens of racism might also be helpful. And who makes the decision on what the right answer is? The student. The grade is not based on what a student’s conclusion is, rather it is based on how well a student defends their position.

CRT is not an existential threat against the United States. And it certainly is not something infiltrating our schools. But our schools are not and should not be ignoring incidents of racism and discrimination that are continuing to happen. No one will argue that discrimination is far less of a problem in our schools now than it was a century ago. But to say it no longer exists is putting your head in the sand. Teachers and school boards enter their positions to make life for their students, all students, better. Many of them are taking steps to do just that. Without lowering rigorous standards for achievement, educators are learning how to better address these issues in their classrooms.

Finally, to those who think that the anti-racism efforts are going too far, I urge you to follow the advice of Steven Covey, and seek first to understand, then be understood. Schools are trying to help our students to think for themselves, and a curriculum that reflects diversity and diverse ideas is essential to that effort. We educators are not aiming to make any student feel shame about who they are. In fact, wasn’t it just a few years ago that many were criticizing schools’ efforts to build students’ self-esteem? We want all students to emerge from our schools prepared for their future, confident about themselves, and caring about all others. And in spite of all of our progress, we have miles to go before we sleep.