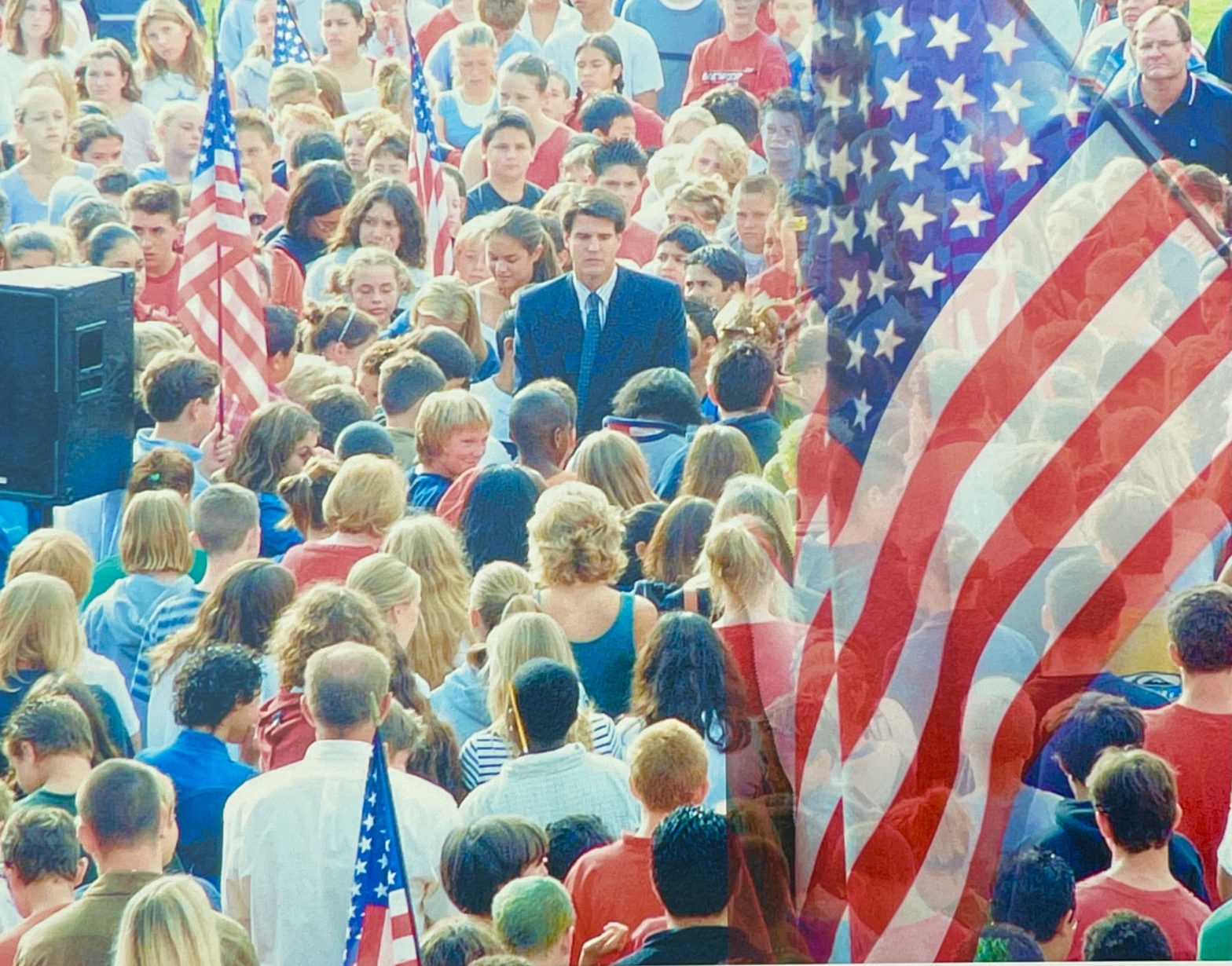 I love driving by the stunningly beautiful Pepperdine University campus, located on Pacific Coast Highway overlooking the Malibu coast, especially in early fall.  Just 10 miles from my home, I passed it on my commute twice a day, every day, for about 17 years. The university’s close proximity was a key factor in the decision to earn my doctorate from Pepperdine. Regrettably, the day before classes started, I learned that all of my classes would be offered on an annex campus near Los Angeles International Airport, another 30 miles down the road. A little more research on my part would have been helpful. But I have no regrets, as I had a fantastic experience, and since the year 2000 I’ve been a proud graduate representing the orange and blue of the Pepperdine Waves.

Every September, Pepperdine staff and volunteers start their meticulous project of erecting 2,997 flags, one for each victim of the September 11, 2001 terrorist attacks. There are flags from every nation that lost a citizen on that fateful day. It’s overwhelming and beautiful, especially when the Pacific Ocean breeze is blowing (which is most of the time), and the flags are all unfurled and waving proudly in the same direction. I’m grateful to Pepperdine for giving us this powerful annual reminder that we should never forget.

Like all of us who are old enough to recall our lives 20 years ago, I remember where I was that morning. I was getting ready to start my 30-minute commute to my job as principal of Malibu High School when my mother-in-law called. She told me that planes had crashed into each of the twin towers in New York and that I should turn on the TV. Well, we did not have a TV at that time – I was experimenting to see if not having one would improve my life (it did not) – so we turned on the radio instead. I heard the chaos and I knew I had to get to school. I was almost at Malibu High when the radio announcers gasped as they watched the first tower collapse. It was unfathomable, and it took a moment to process what was happening, as the announcers were truly overwhelmed by the horror of the moment. In retrospect, their reaction and loss for words were the only way to truly convey the tragedy of the moment they were witnessing.

When I arrived at school a little after 7 a.m., I called every employee who was on campus to come to an impromptu meeting. All of us were devastated, a few were scared, and many were in tears. The phone was ringing off the hook with parents asking if we would be open or closed. We made the quick decision to stay open, and we let parents know that we would understand if they kept their students at home. We wanted our campus to be a safe harbor for the children. We agreed that there would be no televisions turned on in the classrooms. That was a lesson we learned back in 1993 when fires ravaged through Malibu. Some teachers had their televisions on during that fire, and a few students witnessed their own homes burning or in danger. We needed to reduce, not increase, the trauma that we were all going through. Our teachers and staff were amazing that day. They overcame their own justified fears and concerns, and provided an incredibly caring place for our students that day.

As the school day was starting, I received a call from the office of one of our elementary schools – their principal was not yet there and they were looking for guidance. I told them what we were doing and sent one of our vice principals to support that site. I called the principal at home, and they told me that they were just too upset from all of the events to go to work. After a short discussion, the principal gathered themself up and came to work to do what needed to be done. These are time when calm, strong, and caring leadership matters the most. We don’t always need to have the answers before we go into difficult situations, but when the challenges are the greatest, leaders need to face them head on.

Not much academic work happened that day at Malibu High School, but we all got through it together. And I know that the same thing happened around the country and the world. But on that day, everything completely changed.

My brother Pat is an incredibly talented artist and had his own reaction to 9-11. Pat was in the process of making one of the greatest and most courageous career moves ever, where he would eventually quit his lucrative and successful job as an architect, and with no promises or guarantees of income, devote his career to creating art. He was in the early stages of that move when 9-11 happened. Like all of us, he was overwhelmed by the stories of heroic first responders and their efforts that day. He set out to buy an American flag that day, and found nothing but sold out shelves. So he decided to paint his own, and thus created his first ever American Flag painting. Pat usually paints landscapes, ranging from cypress trees in the Arkansas wetlands to aspen trees in the Rockies. His typical medium is thick oil paints, resulting in highly textured and layered paintings that change every time the light changes. That painting, which he remembers painting while experiencing a mixture of both anger and pride in our country, was named “American Pride.” On a whim, Pat made 1,000 prints of the painting and began to sell them. After he had sold a few hundred, he reserved 343 prints (one for each of the firefighters who died that day), then flew to New York to donate proceeds from the sales, the 343 prints, and the original “American Pride” painting to the firefighter heroes of New York City’s Engine 4, Ladder Company 54, Battalion 9. He still paints those flags. Pat has sold them to persons in every state, and he has donated many to charitable causes to be auctioned off. Every one of these special paintings honors the heroes who defended us that day, as well as those who continue to devote themselves to protecting us today.

I appreciate all that I have in my life that honors those who died and those who defended us that on that overwhelming day in September two decades ago. Seeing the steel beams from the Twin Towers that comprise the 9/11 Memorial outside of the Manhattan Beach (California) Fire and Police Station always catches my breath. I have a picture capturing the moment of silence in Malibu High School’s remembrance assembly just a few days after the attacks. I have been proud to display print #950 of American Pride in my office for years, and I have the 2,997 flags at Pepperdine. These and so many other parts of our lives give us pause and a way to honor not only those lives lost twenty years ago, but all of those who strive today to keep us safe. So today, twenty years later to the day, let us all resolve once again to never forget.