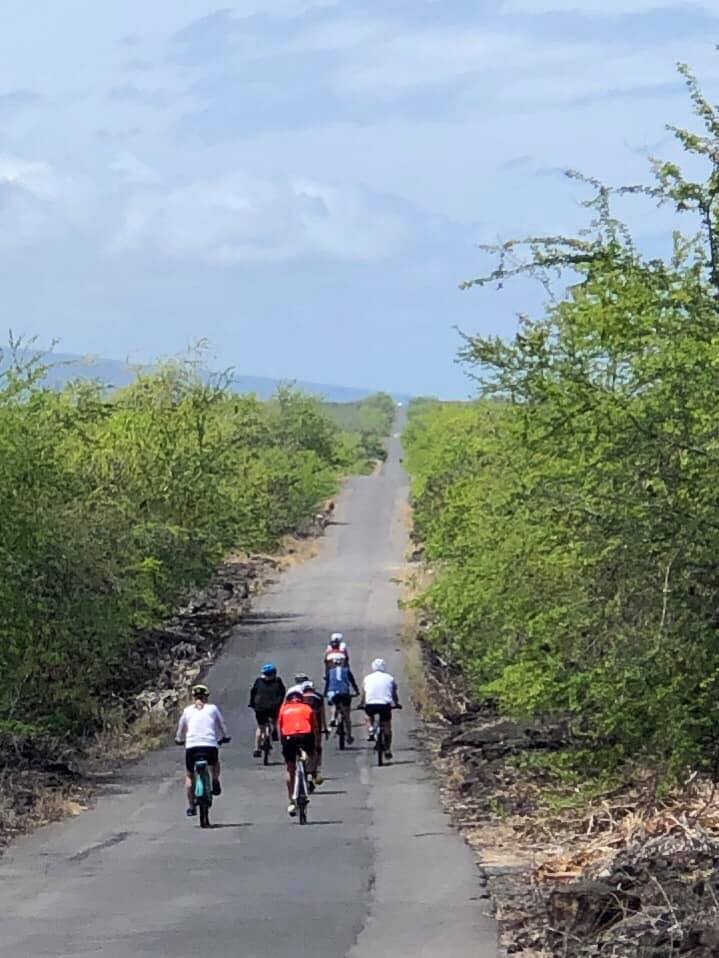 I’m WAY less of a procrastinator than I used to be, but I wish I would have started training earlier for our bike trip this summer.

When I was in middle school, I had serious procrastination issues. My science teacher once guided us through a science project for weeks.  I remember coming home from school the day before it was due and knowing that, somehow, I needed to compress six weeks of work into one night.  So after intelligently spending my afternoon doing other stuff that was not as pressing and consciously choosing to wait until 8:30 in the evening, I finally decided to get started by choosing mold for my topic. Again, this was something the teacher had been telling us to do for weeks. But none of it needed to be done until the final project was due. First step: I asked my mom, “Got any mold?” We went through her bread drawer and through the fridge – nothing! I called my Aunt Alix and asked her if she had any moldy bread in the house. Jackpot! Four or five hours later, after my poor mom drove me over to my Aunt’s house, where we relieved her of the moldy bread (blessed are those who deal patiently with procrastinators), I completed a truly mediocre science project, and earned a not-so-well-deserved B-.

I worked and strived to overcome my procrastination for years, and I’ve been pretty darn successful. On a scale of one to ten, where a one is terrible and a ten is so good that’s it’s almost obsessive, I’ve moved from a three to a solid eight. I’ve read many insightful books that helped me –First Things First, by Steven Covey, Getting Things Done, by David Allen, and The Checklist Manifesto by Atul Gawande are three books that helped me tremendously. I loved my classic-sized leather-bound Franklin-Covey Planner and the calendar and task systems that went with it. I went nowhere without that binder, and it made me better. Covey, Allen, and Gawande all talk about the importance of writing down tasks, prioritizing them, and basing each day on that prioritized list. Air travel and surgery both became safer after checklists became part of the standard operating procedure. For me, the key is starting each day with a checklist of what needs to get done immediately (including having something to check off first thing in the morning – my thing, as I described in my last blog post of 2021, is a perfectly clean kitchen), as well as a list of long-term projects that should be addressed when there is time. And by the way, this kind of organization matters when you’re not working too. If I don’t organize each day, I get far less done than I could through just a few minutes of organizing, even when I’m just spending my day getting things done around the house.

I’m trying to learn to be better from my children’s examples too. Well . . . one of them. I remember watching some sporting event on TV on a Saturday afternoon, when Dawson, my youngest son, picked up his physics book and started working. I asked him if he had an assignment due Monday. He said, “No. It’s due on Wednesday, but I have time now, so I might as well get it done.” (Those are words I never said in high school.) I told my oldest son Ryan about Dawson’s rationale. Ryan’s response was, “Why do it on Saturday when he could probably get it done in two or three five-minute passing periods on the day it’s due? He’s wasting all that time!”

All I want to do is be more like Dawson when I grow up. And to Ryan’s credit, he’s way better than he used to be as well.

I came up with this blog topic on Sunday, during a truly beautiful bike ride along the Malibu coast. It was a 20+ mile ride along the rolling coastline, and I felt like I could have done 30 without hurting. But here’s the thing. By late July, I need to be able to ride 60 miles, or 100 kilometers, without hurting. Every two years or so, we travel with five other couples and take a four- to six-day bicycle trip. Over the last twelve years, we’ve biked together in Nova Scotia, Vermont/New Hampshire, the Finger Lakes of New York, the San Juan Islands, and the Big Island of Hawaii. The picture above is our group traveling down a rarely traveled road on Big Island of Hawaii, and the picture below is Jill and I on a rail trail on the west coast of Nova Scotia. This year, we’re staying a little more local (Damn you Covid! We are not risking air travel this time), and we’ll be biking along the Central Coast of California (Cambria) and over to Paso Robles.

It would have been very easy to start prepping for this ride two months ago, building up slowly over a four-month program. But that’s not what I did, because I still have some procrastinator in me. Now I have just two months. My swimming doesn’t really make my legs stronger, since I don’t kick much when I’m in water. And I also have a Peloton, but my twice-a-week spin simply isn’t enough either. So I’ve got to step it up….and suffer. I’ve written this before, but I need to do what my friend Will says, and “suffer now so I won’t suffer later.”

And unfortunately, because I procrastinated, I’ll have to suffer a little more than I would have if I had not procrastinated. The good news is, there are way worse things than devoting time to bicycling and the painful yet somehow pleasant suffering that comes with getting stronger. And, hey – I still have more than a month and a half to get there! Bring it on. Or, maybe, I’ll wait until next week to really step it up . . . Who needs four months? Four weeks should be plenty!

My lifelong journey of improvement continues.