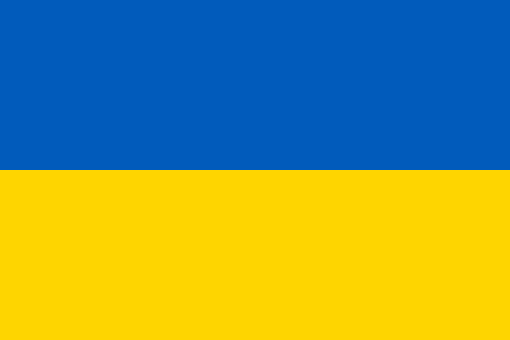 I didn’t think I’d see it in my lifetime. Russia has invaded Ukraine, and as of the time of this writing, there is a fierce battle waging for the survival of this new and yet not new nation.

I have to admit, I did not know much about Ukraine before last week. I knew it was a rich agricultural area, and that it had been part of the Soviet Union, but not much more. I still don’t know as much as I should, but here is what I would talk to students about if this event came up while I was teaching.

From what I am reading, Putin thought the time was right to attempt this conquest. Maybe he looked at Operation Desert Storm and saw how well the US forces did against an overwhelmed adversary. Maybe he believed, like leaders often do, that an easy military victory would boost his popularity. Maybe he felt he had to do this, as Ukraine had been leaning towards alliances with NATO and the west. Maybe he felt that that supporting pro-Russian Ukrainian regions of Donetsk and Luhansk were a good enough reason to invade the rest of the country. And maybe he believed, like Soviet leaders of the past, that Russia’s military strength made this a no-lose gambit.

I wrote before that I never thought I’d see it. Let me explain. We have not really seen this since the advent of nuclear weapons. Only the USSR’s failed attempt to conquer Afghanistan comes close. The premises for other wars in my lifetime have been interventions in civil wars, attempts to halt genocides, or campaigns to prevent terrorism. But they were not intended to be conquests. The fear was always that if such an attempt started, that the USSR/Russia, USA, and now many other countries would face the threat of nuclear war. And such a strategy, as we learned from the WOPR in War Games, is “… a strange game. The only way to win is not to play.”

And yet here we are. And though Putin has raised the specter of using nuclear weapons, most do not think that is going to happen. The threat of nuclear war may no longer be the deterrent we thought it would always be to this type of military effort. I do think this threat remains the primary reason that NATO or independent major nations are not sending military troops.  But many nations are sending military weaponry. And there are other major developments that will change our world for years to come.

I hate all of it. It’s very difficult for me to look at this with any lens other than that of a parent, and it terrifies me. But if I do go beyond that, we are living in the midst of a world changing event. I hope that history teachers around the world are pausing from their planned curriculum and devoting huge amounts of time to what this all means. To explain all of this, students can learn from the parallels to and the impact of the Russian Revolution, World War I and World War II, NATO, the end of the Soviet Union, the impact of sanctions on not just Russia, but our own economy, and so much more. Furthermore, this is an opportunity to develop students thinking around responsible citizenship, patriotism, loyalty, right and wrong. I might play Green Day’s 21 Guns and have students look at this war from the perspective of drafted Russian soldiers and volunteer Ukrainian citizens. I might discuss lessons I learned from Admiral James Stockdale, who was a POW in Vietnam for eight years, when I took powerful philosophy class he taught examining the concept of what is a just war?. This is a sad but remarkable teaching opportunity that teachers should pounce on.

I am hoping against all odds that this remarkably courageous Ukrainian effort is successful, and that Putin has to go home with his tail between his legs. But I’m not sure that’s in his DNA. I will say that Americans praising the efforts of Putin seems to be contrary to everything we believe in. This is brutal, unprovoked aggression that is destroying lives and families, and almost all of the world is trying to figure out how they can help turn it back. I am rooting for democracy, for freedom, and for self-determination, and all of us should be inspired by those fighting for what is just and good.

Here are some resources that might be helpful to learn more:

A 13-Century Timeline of Ukraine

Teaching and parenting resources for Ukraine