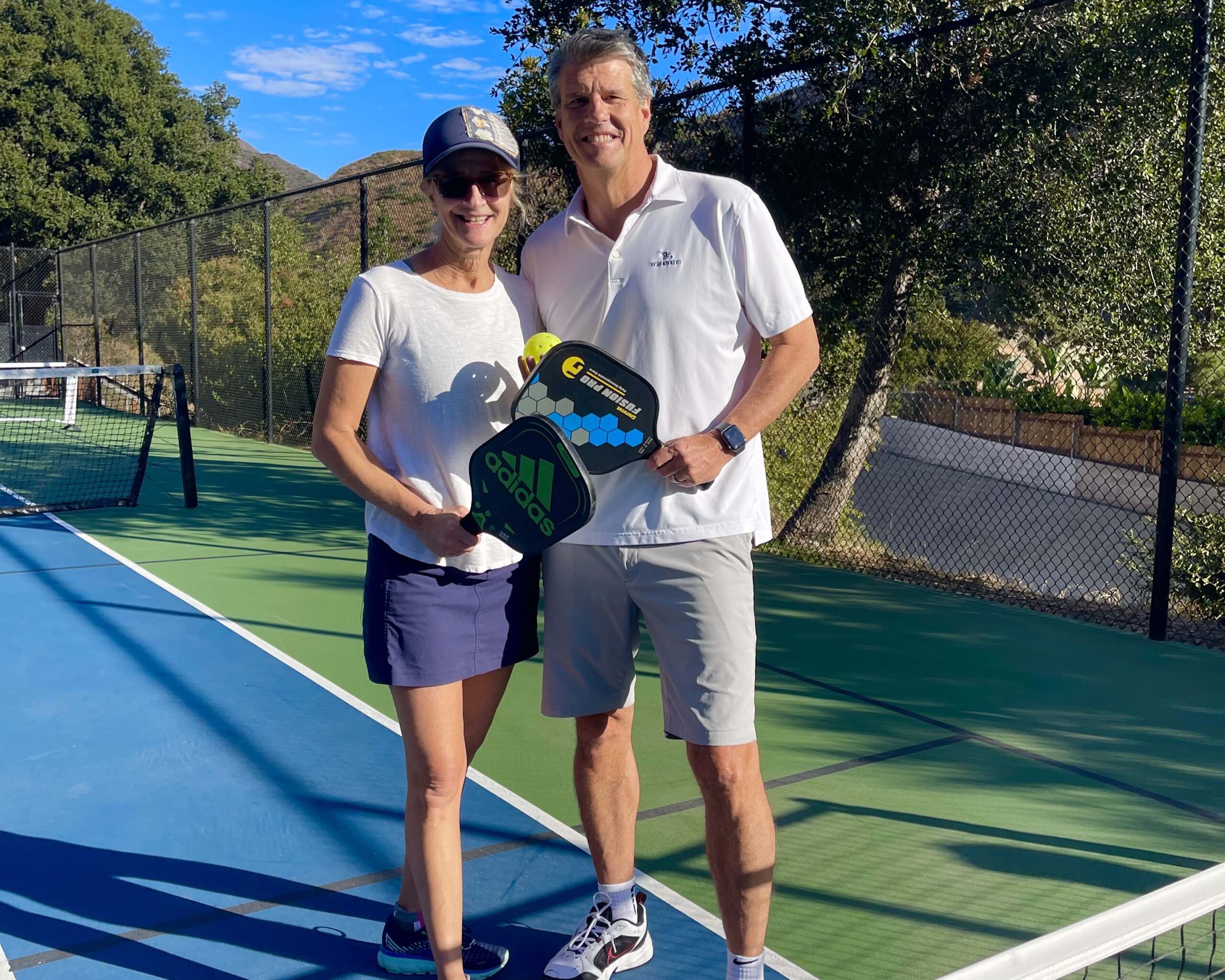 I write a lot about my efforts to avoid getting older as I get older, and I remain steadfastly committed to that effort. I’m staying active, working to get stronger, eating better than I have in the past (though I could be much better), and continuing to act young by playing and enjoying life to the fullest extent. I think it’s working. I know it’s making my life better. And as I’ve written several times, I’m all in.

But there are a lot of aspects of my life that are shaking me by the shoulders and saying, “Dude. Wake up. You’re getting old! Stop the madness!” Here are some of those signs:

And the newest sign that I’m getting old? I am playing pickleball.

I know I’m not the first to say this, but I’m going to say it anyway:

If I were channeling Dani Rosas, the ebullient striker on Ted Lasso’s soccer team, I might say, “Pickleball is life.” Maybe that’s a bit much, but it’s highly enjoyable. And, being sixty years old, I fit right in with the older adults/grandparents who started this pickleball craze happening in America.

A quote I saw recently: “Never underestimate an old man with a pickleball paddle.” Damn right.

So, for those of you who don’t yet know, here is my CliffsNotes version of pickleball. It’s played on a small court, about one-fourth the size of a tennis court, and you have a net that’s a little lower than a standard tennis net. You can play singles, but doubles is far more common and enjoyable. There are rules that keep people from volleying too close to the net, making almost every shot gettable. And you play with a Wiffle-like ball, so it’s not nearly as fast as tennis. If you’ve played any ping pong, tennis, racquetball or any similar sport, the transition is super easy.  Most of all, as a guy with one bad knee who loves competition and getting a workout while playing a game, it’s almost perfect.

We play almost every weekend with our friends Jenn and David, who should almost be disqualified because they are way too young to play pickleball. Though we sometimes mix the teams, usually it’s Jill and me against them. Lately, every game has been close, but they have been winning more than we do. But who’s counting!?! It doesn’t bother me at all, except that I am counting, and I totally hate it. We played for two and a half hours last Sunday – one thousand calories burned, according to my Apple watch. In spite of not winning as much as I’d like to, I did enjoy the moments when one of them would curse me, usually with a two-word curse that ended in “you,” after I hit a shot between their legs or dinked a shot they could not get to. Those complimentary curses made me smile and made not winning a little more acceptable.

The four of us love playing, and Jenn and David are advising me to quit my new day job so we can play more. Not going to happen, but I appreciate their advice. The four of us were going to dinner last Sunday (after 250 minutes of pickleball that morning) when Jenn said, “Let’s blow off dinner and go play some more pickleball.” (I’m not going to tell her this, but I think she may have a problem!) We all thought about it, and decided that dinner was the better call.

So why is pickleball so great?

So, I will take your accusation that playing pickleball makes me old (I know, you didn’t say it, I did), and throw it right back at you and say that I’m adding pickleball to my list of tactics in my quixotic yet very real quest to stay young. As I said in an earlier post, “Don’t Let the Old Man In.” I wonder if Clint Eastwood plays pickleball. If so, bring it on, Clint. Maybe I do feel lucky.