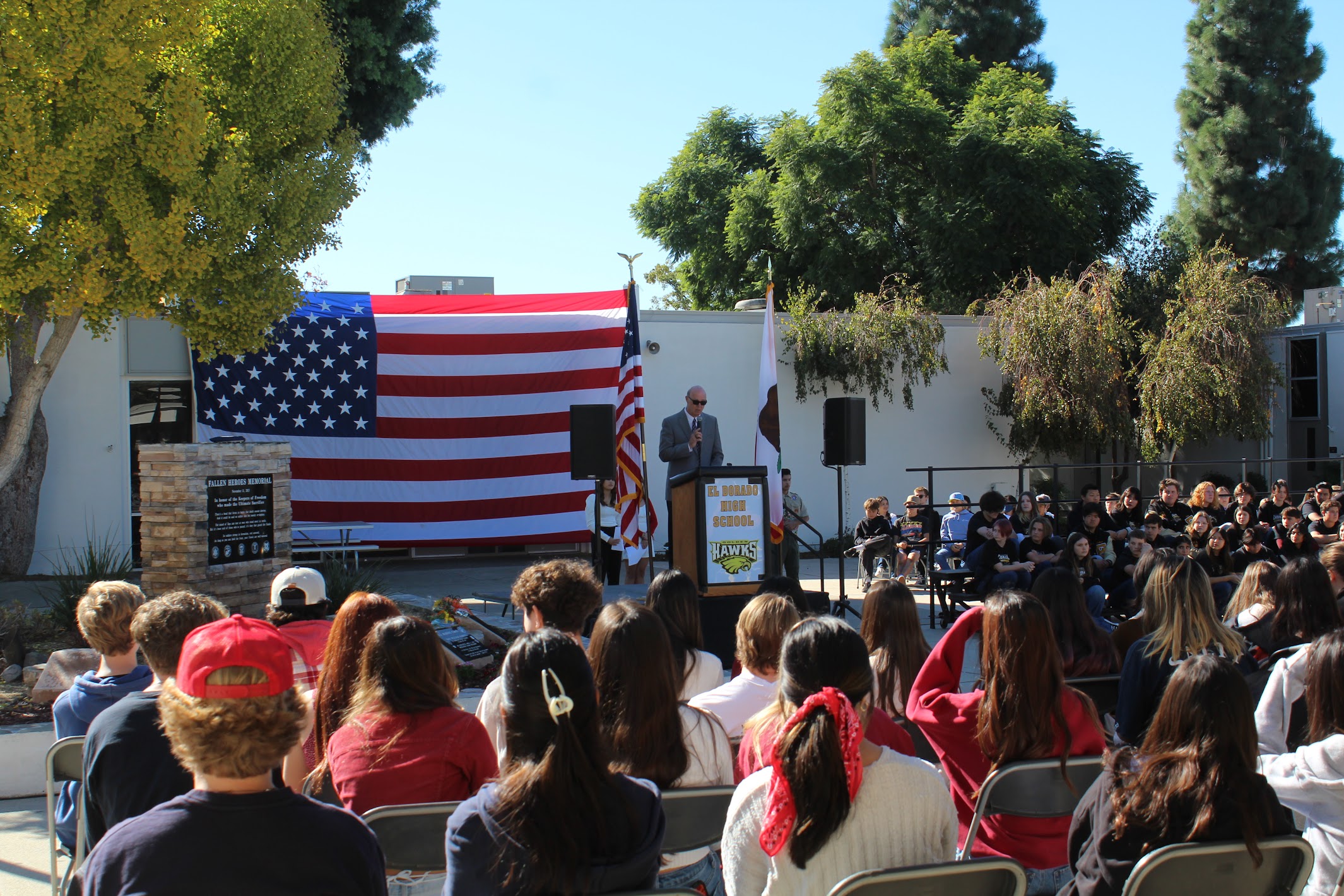 One of the simple pleasures in my life is putting up the United States flag in front of our house on federal holidays. I love taking out the flag and placing it in the staff holder near our front door, then admiring it throughout the day. I appreciate placing it in front of our home on Martin Luther King, Jr. Day, Presidents Day, Memorial Day, Independence Day, Labor Day, Veterans Day, Thanksgiving, and other special occasions.

I remember the weeks following the tragedies of September 11, 2001. Neighborhoods were full of American flags. Back then we had a common source of pain, and we looked to each other for community and common ground. Together we sought, to paraphrase a famous American document, to support our common defense, to promote our general welfare, and to appreciate the blessings of liberty. I wish there were more of that these days.

Veterans Day is an opportunity for that togetherness. I am close to people from all over the political spectrum, and we all are appreciative, grateful, and honored by the service of veterans that we know and don’t know. And I was part of a ceremony yesterday that did a wonderful job of bringing us together.

I have been a proud employee of my new district (Placentia-Yorba Linda Unified School District) for almost five months now, and I have been repeatedly impressed by the excellence that I see in all of our schools. It is a wonderful place. I experienced another example of that excellence yesterday. I was fortunate to be a part of the annual Veterans Day ceremony at El Dorado High School, one of the four high schools in PYLUSD. I did not know what to expect, but I felt privileged to have the opportunity to honor our veterans alongside students, staff, and community members.

The school was decked out with small American flags lining the street. Walking onto  campus, I saw students and staff standing together with active service men and women, first responders, and veterans from the community who had been invited to attend. It was heartwarming to see the conversations taking place within and between these groups. Chairs had been arranged in front of a Fallen Heroes Memorial that was built ten years ago by EDHS graduate Andrew Binnings as an Eagle Scout project. And behind all of that was a huge American flag hanging on one of the building walls. It was patriotic and stirring.

Mr. Joey Davis, the principal of the school and a former history teacher, welcomed everyone and gave background on the history of Veterans Day. Lucy Murillo, El Dorado’s ASB president, then welcomed everyone and eloquently stated, “The men and women who serve our country, at home and abroad, are heroes. These selfless and valiant soldiers make our country and the world a better place.” Nicely done, Lucy.

Next to speak was Marine Corps Colonel James Lively. In his dress uniform, Colonel Lively said he was grateful to be part of our high school and our community. I was so proud when he said, “It’s quite clear to me that the culture, the patriotism, and the respect for this nation and our veterans is alive and well here on this campus.” Instead of asking the veterans in attendance to stand, he asked the veterans to stay seated while the audience rose to give them a vigorous round of cheering and applause. He then extolled the values common to all veterans: selflessness, grit, determination, strength, boldness, discipline, initiative, adaptability, honor, courage, and commitment. It’s hard to argue with any of that. And he was deeply appreciative of the common purpose of all veterans: the purpose of service.

Then he announced that he would start a roll call. He asked the veterans in attendance to sound off when their name was called. Then he said that for those veterans who were unable to respond when their name was called, we would play Taps. You see, one of the reasons that the memorial was built on campus was to honor three El Dorado High School Golden Hawks who graduated, enlisted in the military, and died in the line of duty. Each one of these former students was represented by family members in attendance.

Colonel Lively read the names. We heard, “Here, Sir!” or “Sir, Here Sir!” from the men and women whose names were called. Then Colonel Lively announced, “Harrell.” No response. “William Harrell.” Still no response. “Staff Sergeant William Harrell.” All too silent. Then an El Dorado student, wearing all black, stepped forward and flawlessly performed Taps on his trumpet. A boy scout escorted the family member to a military picture of the fallen graduate at the memorial, and together they placed flowers at the memorial.

My goodness. It was powerful and deeply emotional. You could hear the family members trying to hold back their tears, and they were mostly successful.

That same cadence, silence, and walk of honor followed the reading of the names of Sergeant Jason Weaver and Corporal Claudio Petiño IV. Along with everyone in the crowd, I felt the stinging pain of loss that those families experienced. When I spoke with family members after the ceremony, they acknowledged the pain, and they were incredibly grateful that their children were so powerfully honored and remembered.

As Colonel Lively concluded his remarks, he challenged all of us: “When you see a veteran, say thank you. Not just today, but any day. Go out of your way to offer a handshake, nod, smile, or a simple word of gratitude.”

I know that many of you who are readers are veterans. So to Jack, Uncle Billy, Ben, Michelle, Steve, Dan, Greg, Steven, and all the others, please accept my thanks and gratitude. If I missed you, I apologize. Please let me know and I will add your name to this list.

My thanks to all at El Dorado High School who created the memorial and who work to make this event happen each year. I appreciate the power of schools to bring communities together, and this was yet another example of that. Thank you for giving us the opportunity to once again fly our flags together, to bring our community together, and to remind all of us of the meaning of Veterans Day.

Have a meaningful day, everyone.