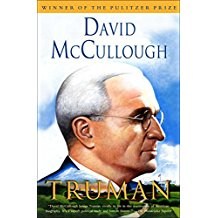 I am in awe of this ordinary man who became an extraordinary leader. (I’m also in awe of David McCullough, and I’ll read anything he writes.) Some of my favorite quotes: 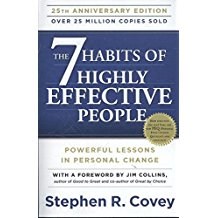 This is another one of my bedrock books. Stephen Covey has had such an influence on my personal and professional life.

From “Beginning with the End in Mind” which forces you to think about where you are going – both professionally and personally, to “First Things First,” making sure you prioritize correctly, to “Sharpening the Saw,” reminding you that if you do not practice self-improvement, you will wither away. I believe in all of these things, and I have to remind myself of them all the time.

For me, no other author does this as well as Stephen Covey. Read it, or Listen to it, and most of all, do what he advises and try to make habits out of his maxims. I do best when I have habits such as exercise, time away from work, time with family, planning my week/day, and I do worst when I get overwhelmed or sick and drop those habits. It’s a struggle for me, but I use Mr. Covey to help me with that struggle. When I’m at my best, fully employing these habits that I believe in, I feel like I can accomplish anything.

This is a book you read and reread. 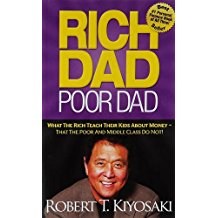 It’s been on the best seller list since it came out. It’s corny and very simply written. But as a parent and an educator, there’s not better book to give you the big picture of money. We educators don’t think about money. We think about how overwhelming our job is, how wonderful it is to make a difference, and sometimes just how to get through the week or the day, or maybe just that 4th period class that is oh-so-challenging.

I made my sons read it read it when they were in 8th grade (Both of them responsed – “Really?”) But they abide by it now. We still discuss it often.

This book is a motivational gem. It’s not a how-to manual, but it’s a necessary first step. I’ve read many of his follow-up books and been less than impressed. Perhaps that’s because I have not taken his advice and owned a business, or perhaps it’s because they just don’t grab me. But his first book, it’s perfect for us educators. 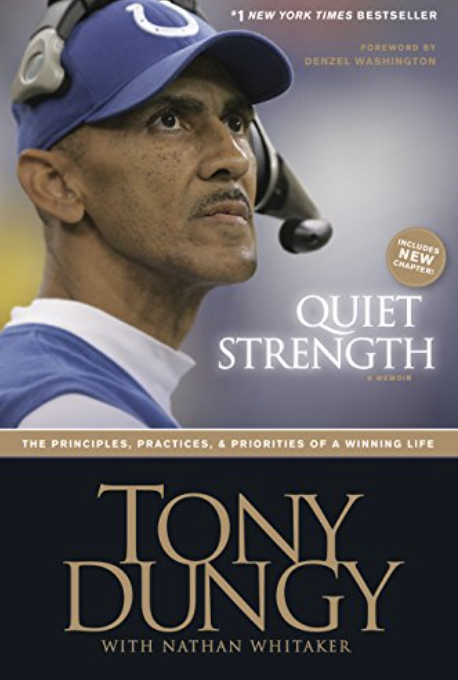 I listened to Mr. Dungy read his books while driving back and forth to work. Again, www.audible.com for great downloads right to your iPod. I’ve always admired the man and did not know much about him. A very successful, and once very publicly fired, NFL head coach, and in 2007 the winning coach of the Super Bowl. He was the first African-American coach to win the Super Bowl.

Two things struck me in this book. First, his commitment to faith and family. It is overwhelming. It’s where the title of the book comes from and it is real. He is a high quality man with deep beliefs and he lives his beliefs every day.

Second, he believed that the plan of action he brought for his team would pay big dividends, and he never wavered. His assistant coaches and his players heard the same values/commitments in the first team meeting, and they heard the same ones four or five years later as the team headed to the Superbowl. I love that. In fact, when things got tough for his teams, one of his mantras was, “Do What We Do.” It’s not time to panic, it’s time to do the things that we as professionals have worked so hard to learn and practice. Do What We Do.

But you can’t “Do What We Do” if not everyone knows what that is. That’s the problem with education.  I’ve said it before, but we as educators are famous for blowing in the wind. The prevailing philosophies change, and we change with them. We don’t have what Stephen Covey would call “True North” on our internal or educational compasses. Teachers don’t believe that any new philosophies will stay, and therefore they develop their own. When teams/schools are operating without one compass, they cannot move forward as a unit, nor can they learn from each other. Reading Mr. Dungy made me recommit to my philosophy of communicating often, communicating clearly, and never having more than two new things we are working on, and always being clear on what we stand for and strive for. 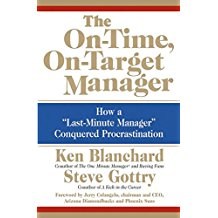 Procrastination damages everything it touches. Schools, kids, business and families. It must be admitted to and dealt with. In this fable, Bob, the always late and disorganized manager, meets with a “CEO – Chief Effectiveness Officer,” and hears about the three P’s of being an on-time, on-target manager.

A very good fable, and a way to live every day. I like it. 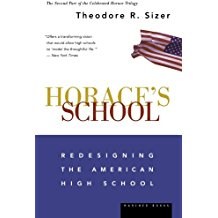 These are books that came out in 1984, as I was beginning my teacher preparation master’s program, and 1992, as I was entering my first principalship. Both of these books have had profound influences on me and my leadership of schools. In short, Ted Sizer gets secondary schools. He understands why it is so wonderful to be in a secondary school, and he understands why it can be so utterly frustrating.

They key to it all is understanding all the demands placed on “Horace”, the fictional high school English teacher. He loves his job, but it is impossible. So, he has to compromise. He understands how complex a high school day/night is for a high school student, and he shows how that student often has to compromise. High schools try to do everything, and staff and students pay the price for that. “School people arrogate to themselves an obligation to all.” (p. 77)

In Horace’s School, Sizer shows a process by which teachers and school officials talk (with “Horace” s the chair of the committee) and talk and eventually get to a place where high school can be fundamentally changed. He shows the factions and problems that will eventually come out in these conversations. Again, his work is very honest. But in this book, he’s also ambitious.

One of the key questions that comes out is, “What do we want students to learn, and how do we know they’ve learned it?” The book goes through several “exhibitions” in which students authentically display their learning/mastery of key concepts. The book also describes the Coalition of Essential Schools, and their nine common principles, paraphrased here:

I re-read this in 2008, and it rings as true as ever for me. As a principal, I sought many of principles in my school, and had some successes. But again, it takes long term commitment, consistent trusted leadership, and a sense of urgency that the status quo needs to change. Two great books about high school, and even though it’s a little outdated, I still rate it highly.