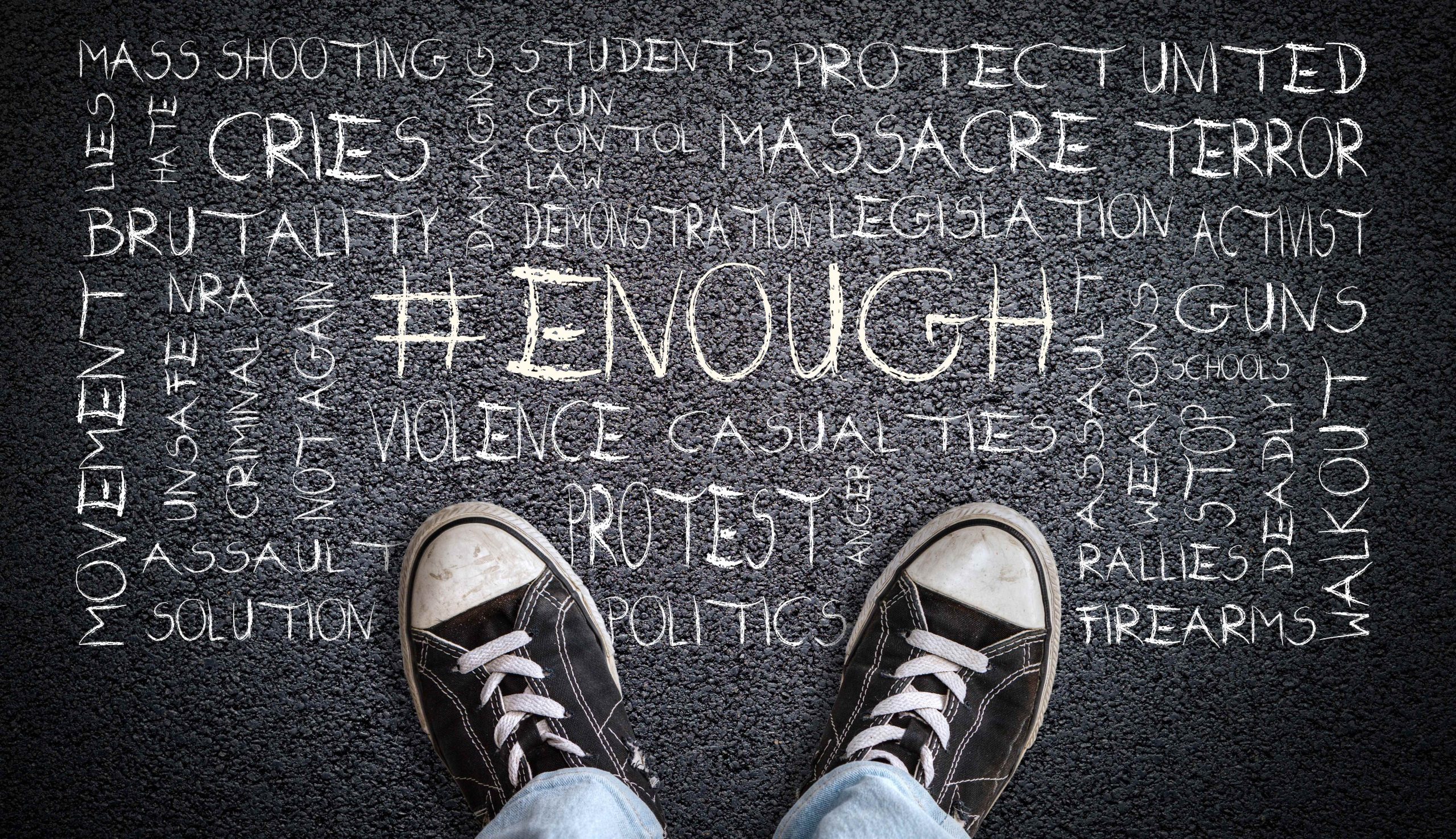 It has been a week since we learned about the horrific Oxford High School shooting. A good friend of mine is an Oxford alumna, and she is DEVASTATED. It hurts all of us, but for those invested in the community, it rips to the core. As Oakland County Sheriff Michael Bouchard said, “This wound will never go away.” The nation is mourning those who died, wishing a healthy recovery for those injured, and embracing the students and citizens of Oxford. There is justified anger at the teenager who brought the gun to school and ended four lives, and at his parents, who bought him the gun and refused to take their son home when asked to by the school.

I have been reading several articles criticizing the high school’s counselors and administrators for failing to stop this heinous crime. First of all, I don’t know any of them, but I know that they are all experiencing an extraordinary amount of pain as they dig deep to see what else they could have done to keep this from happening. It’s very easy to look from afar or look back in time and say something else could have been done. But predicting teenage behavior is never simple, and even when you are highly concerned, it can be next to impossible to take action that is guaranteed to prevent a shooting.

Let me acknowledge that I only know what I have read in articles about the shooting. Based on that, a lot of things went right. Teachers were observant enough to notice two separate and concerning behaviors: one seeing the student using his phone to search for ammunition while in class, and another noticing the student drawing disturbing images. In both instances, teachers quickly notified counselors and administrators about their concerns. Counselors immediately removed the student from class and spoke with him. And both times, the parents were contacted. What I do not know is how much apprehension counselors and administrators had about this student based on his behavior prior to those two incidents. Had there been prior episodes that were disturbing?  A calm student explaining that the drawings were for a video game he was designing could have been very convincing. If there were no prior disciplinary or other concerning incidents, it would have been difficult for school leaders to take steps beyond what they actually did. A counselor could very well have gone through all of the steps involved in risk and threat assessment and still found that there was no clinical reason to suspect that the student would act violently. And from what I have read, that is what happened.

And remember, not only are administrators and counselors working to protect the safety of all students, they are also working to help the troubled student through a difficult time. Each student is precious in a school environment, and school leaders work to help students through the crises they have. Until the student actually makes a threat or does something to hurt someone else, our focus is on intervening with the student.

But if we believe there is a threat, and if the local police department works well with the schools, bringing in law enforcement can be a very helpful step. Police have extensive training in threat assessment and can work with administrators to reinforce and supplement what can be done in schools. The police can also search a student’s home if they feel the situation warrants that action. But even if they take all of those steps, there are still no guarantees that a shooting can be prevented. As a principal and superintendent, I have always appreciated my working relationships with police departments. Ever since 1999 at Columbine High School, police officers have received extensive training on how to prevent and react to school shooting threats. I am convinced that because of that training, many incidents have been thwarted, and the ones that have occurred are less dreadful than they could have been because of police involvement.

Several critics have written that the school should have searched the student’s backpack. Maybe they should have. But administrators can’t just search a backpack because they want to. There needs to be some degree of reasonable suspicion. In California, that level of reasonable suspicion is not as high as the probable cause requirement of the police, but the administrators would still have had to determine if they had defensible reasonable suspicion. The threat assessment would have been a critical component of that determination, and, because it did not determine that the student was an immediate threat to himself or others, it would not have been helpful in justifying the search. It’s easy to say the school should have searched the backpack, but it could have been a difficult action to take.

Every experienced high school site administrator has dealt with students exhibiting disturbing behavior. When that occurs, the student becomes the #1 issue on the campus, and everything else takes a back seat. Administrators drop almost everything else, work with teachers, counselors, and parents to investigate, then make the best decisions they can, within the confines of the law.

For those who think that the administrators should have sent the student home, that is also questionable. In California, we cannot just send students home when we are concerned. We have to be able to show how the student’s actions justify a suspension or expulsion. Asking the parents to take their child home was a reasonable step, and their refusal, along with providing the gun to the shooter, is a key reason the parents have been arrested as well. If the concern was high enough, but a suspendable offense did not occur, the administrators could have considered keeping the student in the office for the rest of the day. Maybe that would have helped. Maybe.

I am certain that the third-party investigator hired by the district will find that more could have been done. Schools around the nation will learn from what happened in Oxford, and the administrators and counselors involved will never let this event go. But before we level blame against the school staff, I hope we all remember what a difficult job they have, and that there are restrictions on what the actions they can legally take.

Schools are underfunded, and that makes this task even more challenging. In most places, the student to teacher, student to counselor, and student to administrator ratios are not even close to what they should be. But what all of us have done in schools around the nation, in spite of our jobs often being made much harder because of that lack of funding, is the very best job that we can do.

I give my heartfelt condolences to the victims of the shooting and to the entire Oxford High School community, and I thank all of school employees around the nation who do their best to care for each student and create a safe learning place for all students.

8 thoughts on “The Search for Blame”