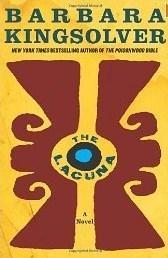 I don’t get a chance to read much non-fiction, but when I do, there’s not much better than a Barbara Kingsolver novel. My wife read this one for her book club and I jumped on it once I heard it was Barbara Kingsolver. It’s a fantastic book set in the first half of the 20th century mostly in Mexico, but a little bit in the United States as well. As usual, she creates fantastic characters and vivid visuals. It’s a bit of a historical novel, involving eventually people like Trotsky and a few other famous men of the World War II era. She combines art and politics and adventure, and I was thoroughly entertained the entire read. I haven’t read of a book of hers yet that I did not love. And I recommend this one highly.