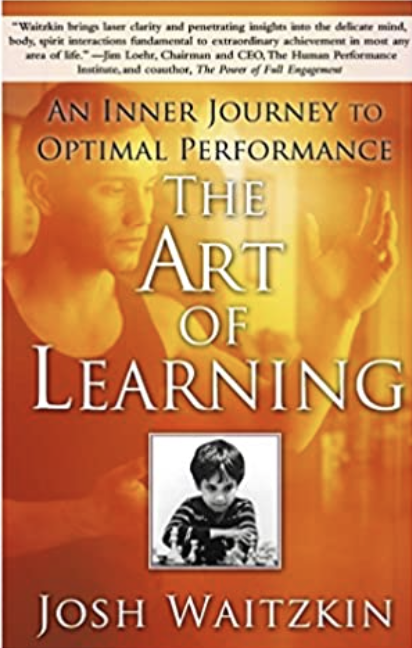 This is yet another book recommended by Scott Fawcett, inventor of DECADES golf. It’s written by Josh Waitzkin who was the kid featured in In Search of Bobby Fisher movie that came out in 1993. He was a chess prodigy, and though he never conquered the world, he was among the best of the best.  That’s a lifetime accomplishment, right? But after he was done with chess, he moved into Tai Chi Chuan. While there is the peaceful side of the Tai Chi moves, there is also serious competition, violent competition, that is a part of it. Waitzkin became a world leader in that field as well. That alone is a great story, but what he adds in learning theory, what to do in the effort to be truly great, is nothing short of phenomenal. I recommended this book to my Dad, and it’s his new favorite book. 13.5 stars. Mike says, check it out.